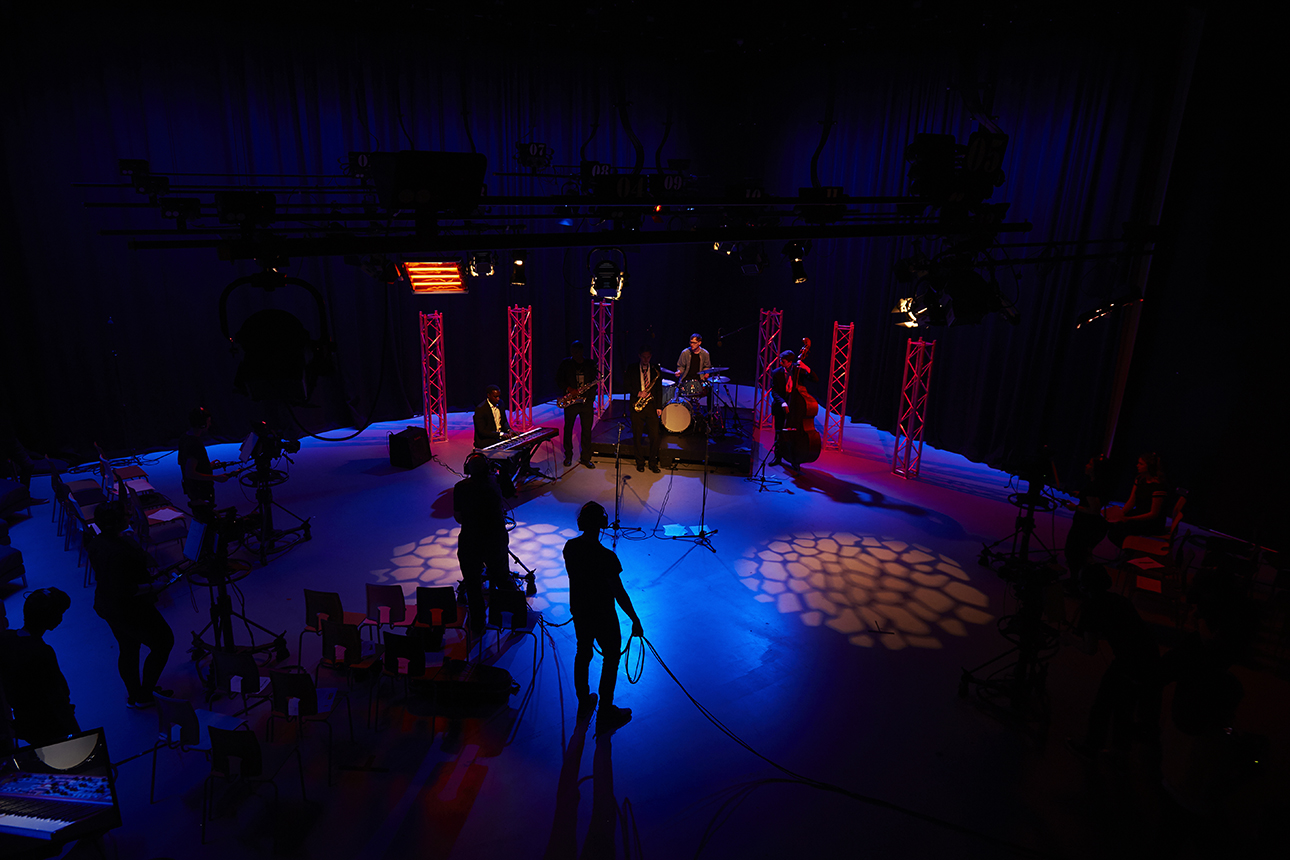 While my interviews had brought me closer to direct experience, I wanted to go through the process of production myself. This ‘practice-as-research’ element would test the way I was conceiving of television, as a collaboration between complementary orders of expertise (musical, technical, institutional) in the service of artistic creation. Studio A at Birmingham City University became the venue for a remounting of Jazz 625, renamed Jazz 1080 by our director Mark Kershaw to reflect the digital technology we were using. Our aim was not to mimic Jazz 625 but rather to use archive documentation as a roadmap to shape our own vision. The TV studio became a laboratory, a space in which I could observe and record the micro-interactions between our core ex-BBC crew and the larger BCU student crew, between crew and musicians, between musicians and audience. We recorded as live, vision-mixed as live, in front of a live studio audience – and we did it all across two days, just as the BBC had in the 1960s.

In the week that we made Jazz 1080 at BCU, I was invited down to Broadcasting House. Adam Barker (BBC4) and Jez Nelson (Somethin’ Else) had hit upon the idea of reviving Jazz 625, for one night only. Just as Henebery had taken advantage of US musicians touring the UK, this production would deploy some of the stars playing Cheltenham Jazz Festival. After my university experiment in jazz television, it was tremendously exciting to be applying my research to a genuinely new episode of Jazz 625 on the BBC. As the programme’s research consultant, I worked with director Chris Walker on the VT documentary packages to be dropped into the live broadcast. Unlike previous repeats and clip-shows, this broadcast would acknowledge Jazz 625 not just as landmark music television but as a milestone in BBC history. A personal highlight over the course of production was the interview that we conducted with Terry Henebery, architect of the programmes I’ve spent years researching.